Free and open to the public.

Sara Swietlicki  is the winner of the prestigious 2015 Jenny Lind Scholarship, awarded by the Royal Swedish Academy of Music and the People’s Parks and Community Centers in Stockholm.Sara won the scholarship for her warm, solid sound and unmistakable presence of her voice in the music she makes. The scholarship includes a tour of the United States in the footsteps of Jenny Lind,the famous Swedish Nightingale. Jenny Lind toured America in 1850-1851 at the invitation of impresario and circus manager P.T. Barnum and, on arrival in New York, was greeted by 30,000 people on the dock. The soprano studied at the Royal Danish Academy of Music, and since 2013 shehas been a student at the Opera Academy at the Royal Theatre in Copenhagen. Her operatic repertoire includes roles as the Countess in Le Nozze di Figaro , Donna Anna in Don Giovanni  by Mozart and

Mimi in La Bohème  by Puccini. 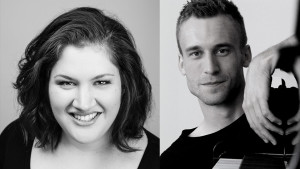